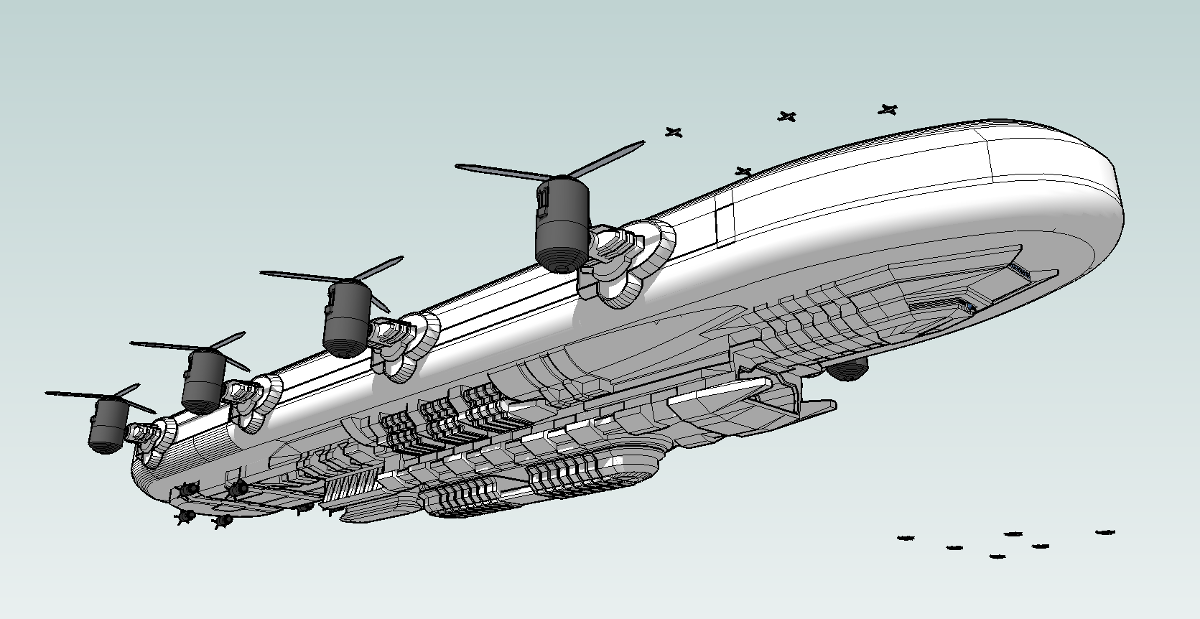 Walking out of an abandoned bunker I spent the evening exploring, I expected the mid-morning sun to be blinding and overhead, and raised a hand to shield my eyes. Instead, the world seemed dim, cold, and undercut by a constant thrumming in the air. Looking up, I stood in awed silence as the enormous airship motored past, blocking out the sun. There were various flying transports back in my day, but nothing this large – this was like a football field of made of jets and propellers lumbering through the clouds.

I turned to my dog, that trustworthy and loyal traveling companion which had been through so much with me, about to express my amazement that, not only had such a craft been devised, but that it was still operable so long after the bombs fell, when a booming voice erupted from the enormous flying craft. I tell you, nothing like a voice from the heavens to make sure you’re awake.

“DO NOT BE AFRAID,” it bellowed, seemingly pre-recorded. “WE COME IN PEACE.”

My eyes narrowed. Never in the history of anywhere had someone proclaiming “we come in peace,” backed by an enormous technological military force, had the best interests of anyone but themselves at heart. It was then that I saw it; the Brotherhood of Steel symbol, painted proudly on the underside of the flying monstrosity.

Of course it was the Brotherhood of Steel. My decision not to travel around with them seemed to be a better and better choice with every encounter. I had heard that they marched through settlements, taking any power armour or advanced laser weapons by force, claiming that only they could be trusted with such “advanced technology.” Any time someone confiscates the ability for people to defend themselves they’re always on the up-and-up, right?

An army with overwhelming force, was now flying their massive propaganda machine, home base, whatever, over the Commonwealth, announcing their peaceful intentions. There is no way this ends well for anyone.

Looks like it may be time to start drumming up allies. 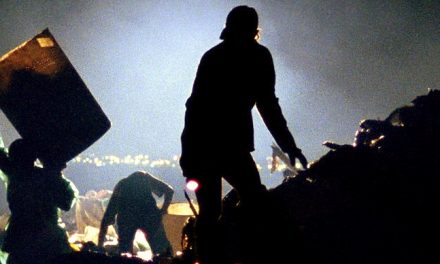