Whatever else can be said about the cartel, they certainly had a lot of muscle. I didn’t give much thought to the body-count we’d already made during our stay in South America, but in the approach to the executive manor where the rebel leaders finally had eyes on El Seño, it was hard not to think about as we carved through layer after layer of guards. I don’t bemoan anyone for their choices or circumstances, and while I would have preferred they find a better life through shepherding or raising crops, each cartel goon we put down brought us one step closer to ending the tyrannical and iron-fisted regime we had been brought in to topple. It’s all part of the job.

Normally I am the first to enter buildings, with Gaz providing sniper overwatch, but the compound’s high walls meant this time we were both going over. With my back against the concrete I formed a cradle with my hands and smoothly lifted her up. After a quick look to make sure we were clear, she leaned down and offered me her hand. Once atop the wall, luckily shrouded in darkness from the courtyard-facing flood lights, we dropped in behind some very expensive-looking cars on the long driveway – undoubtedly used by the cartel elite.

Frowning, Gaz made quick hand motions sharing her unease with the lack of internal site guards. I agreed – with the number of people Seño had posted outside and on the way to the house, it was surprising that we didn’t see a single person walking the inner grounds. Double-checking our silenced sidearms, we advanced cautiously around the compound, fearing an ambush. The back door was propped open.

Neither of us much liked the unspoken invitation.

Though the cartel wasn’t on the best of terms with the Bolivian military, they had shared enough technology in their mutual arrangements that we knew they could detect our communications, even if they couldn’t break the encryption. Calling in reports while on-site would be like sending up an American flag-styled flare broadcasting our presence. Keeping her eyes on the second-floor windows for any sign of snipers, Gaz covered me as I sprinted across the perfectly-manicured lawn, feeling naked under the bright area lights. With no sign of resistance, she followed me shortly after.

The estate’s interior was as much a show of wealth as its exterior, marble countertops and gold trim everywhere, immaculately white, lush carpets in the living areas. It looked like a house that was meant to look lived-in, like it was going to be shown to prospective buyers. Glancing at one another, we confirmed that our opinion of the situation was mutually deteriorating.

Our fears were proven well-founded as we made our way into the living room – three rebel leaders sat slumped over in chairs, executed from behind. The electronic signal device we had given to our mole was sitting on his lap, a small metal disk no bigger than a watch battery.

“Los americanos,” a deep voice boomed from a nearby speaker phone. True to our training, I focused on the sound while Gaz turned her attention to the rest of the room, in case it was an ambush. She gestured to a small surveillance camera above the wall-mounted television – we were being watched.

“I would like to make you an offer,” the man on the phone continued. Though we had never met in person, from our long reconnaissance we knew what El Seño sounded like, a deeply-accented voice as big as he was tall. “You have done many things in the service of your country. Good things, bad things. Killed many of my men, my lieutenants even.

“The American government does not appreciate your unique skills,” he continued. “Not like I do. You could live a very comfortable life here in Bolivia, training others to do as you do. Perhaps I could convince you to work in the ‘private sector.'” Our eyes narrowed.

“When I first came to Bolivia, I made everyone a promise: silver or lead. Either they worked with me and lived the life they imagined in their wildest dreams, or I would take everything from them so they could never stand in the way of progress. I now make this promise for you; take the cars outside as a down payment, be free of the shackles your government has put on you. Join the dream of a new South America.”

“Lead it is then,” El Seño sneered through the phone. “I will have your bodies delivered to their front door.”

We took up defensive positions in the too-large, too-empty house, waiting for the inevitable assault. 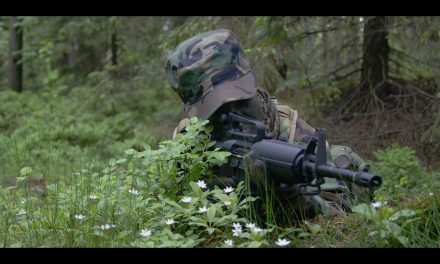 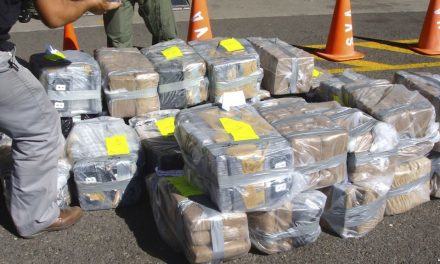