I think there are many words which are bandied about in today’s constant, 24-hour news cycle which start to lose their meaning, because they’re repeated so often and with such ever-widening definitions.

This morning I want to talk about a sensitive topic, one that is unavoidably political and polarizing: terrorism.

I think both that the word is used too often to describe events in modern America and also too infrequently toward the same. I can’t pretend to know what life has been like for those of other social strata, race, or belief, but I know that much of the violence I have seen since I can remember has been levied with the undeniable aim of silencing, threatening, and demeaning entire swaths of our citizenry.

Is all politically-motivated violence terrorism? Are all crimes hate crimes? Everyone has their own opinions, and many seem to decry anyone who disagrees – the echo chamber of the internet resonates ever louder with constantly-agreeing voices.

From where I stand, in my admittedly privileged position as a straight white male, the greatest acts of terror we have seen in decades (and we have seen them repeatedly) have not come from foreign agents or remote governments, but have come from our own citizens, our churches, and our government against its own people. This may be an unpopular opinion, but I believe that the systematic oppression, denial, and targeting of specific groups by those in power is the greatest travesty we as Americans continue to face, and one I hope (no matter how unlikely) we can overthrow.

I firmly believe the right for me to swing my fist ends at someone else’s nose, but I will readily take up arms, bare or otherwise, against those who encourage others to acts of hate. I believe everyone has the right to their opinion, and to voice it, but that that right stops when it turn to antagonizing, hate-filled rhetoric designed to paint an entire group of people as “the other.”

Someone recently told me that love does not mean the absence of fury – nonviolence works only when the opposition are rational actors. I love the idea of America, and absolutely loathe how far we are from the ideals of true liberty and freedom we supposedly all stand for. I hate that we have to fight and that we die to defend those ideals, but everything I see today makes me more resolute to stand against those who would oppress others.

It’s time for “good men” to stand up for what is right, not just cheer from the sidelines. 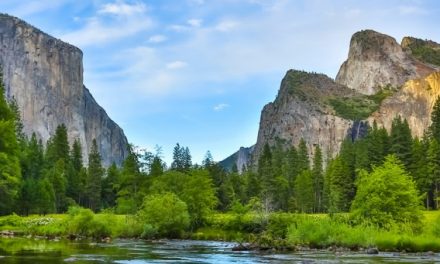