With scientists having cracked the final research behind genuine automata, the stage was set for more brave souls to step into the darkness. Fears about the size of our navy continued to spread through government, but excitement at the possibilities unlocked by this new development became a rallying cry for those who wanted to truly expand our horizons.

A new coalition, the “Committee of Technocratic Reform,” was launched to ensure the government didn’t abandon the scientific pursuits that had brought us so much success. They were easily placated, existing referendums and grants almost explicitly advancing our understanding of the universe and our growing role within it.

By early 2208 many potentially habitable worlds had been discovered, each with their own strengths and weaknesses from scientific and longevity standpoints. Survey teams spent countless shifts studying each potential planet to find our would-be colonists’ new home. With nearly a year until the completion of our species’ first colony ship, researchers began to cross planets off of the list for being too problematic, too hostile, or too far away from our galactic home – for months or years the new colony would require many resources from Alaria and stretching shipping lanes too far would invite piracy and acts of terrorism.

Many feared reaching into the stars, as the damnable rebels held sovereignty in almost all directions, but others suggested that a new home could support troops and new naval research plants. The debates continued long after the final decision and agreement had been made, each side wanting the last word on the matter.

As the year drew to a close colonists were selected and sent through rigorous training, eventually learning that they would be settling on Hizzel III, a relatively short hop from their previous home – and yet a distance deemed insurmountable just a decade prior. With full military escort and nearly globe-spanning celebrations, the brave colonists left life on Alaria and gave themselves up to the whims of space.

On the second day of 2209-04 the voyagers proudly proclaimed their new home “Hizzel Core,” symbolically pledging themselves to the great pursuit of science. 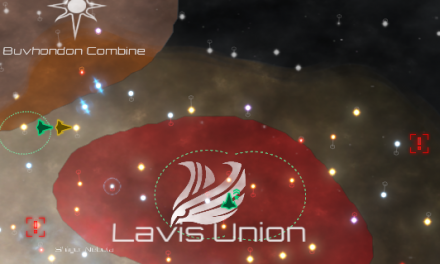